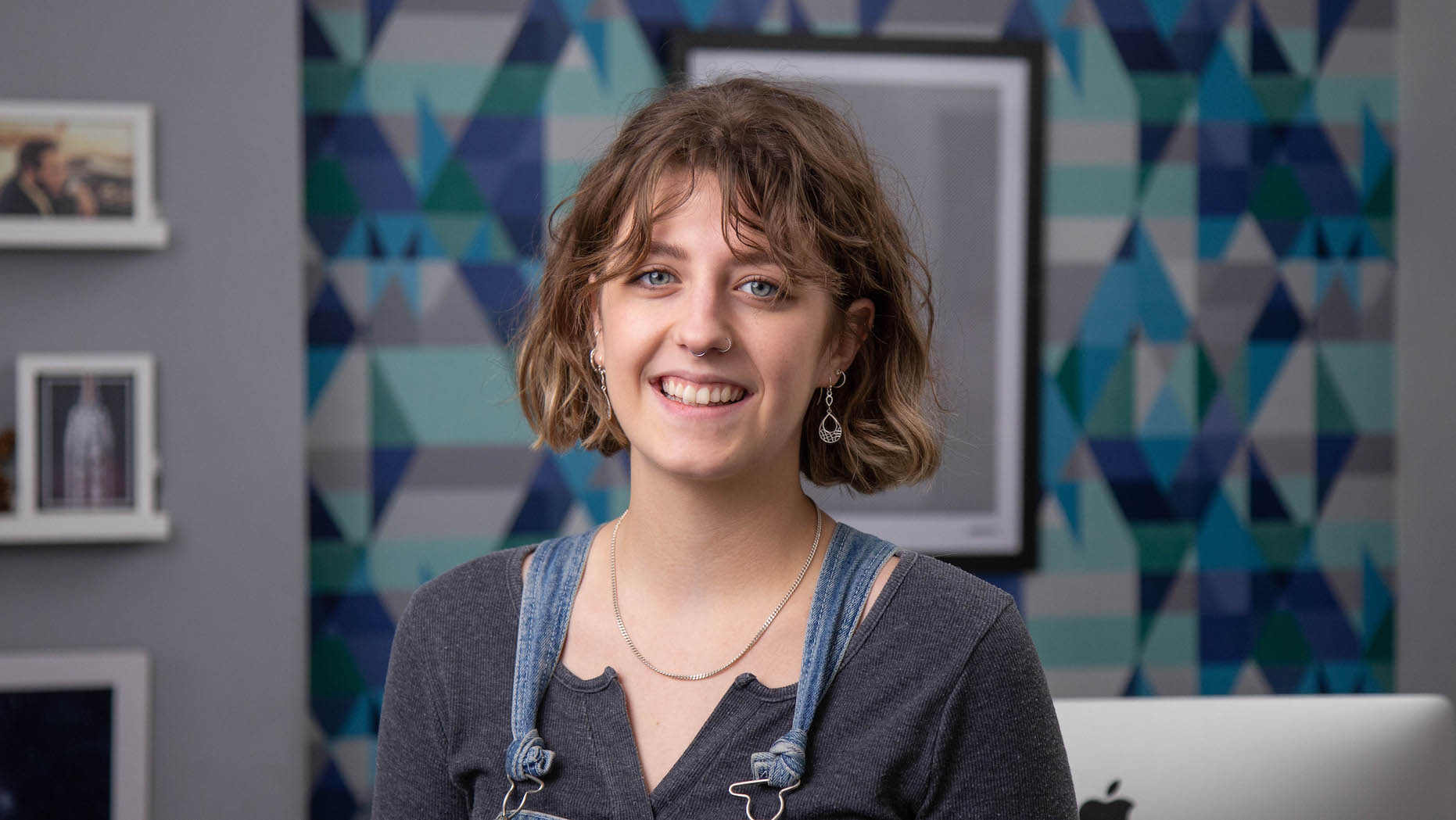 Laura Clark is our newest member of the team. We luckily found her through the Kickstarter scheme. Find out more about her and her motivations for becoming our Video Production Assistant.

So, where did it all start?
I’ve always had a love for film which was why I studied film, photography and media at Leeds Uni.  Having moved up from the South, I’m a northern girl at heart. I am big fan of Leeds: a city abuzz with culture and creativity.

What is the Kickstarter scheme?
Having been introduced to the Kickstarter scheme through my work coach, I think it’s one of the best initiatives that the government has introduced.  I had taken a break from uni and was receiving universal credit.  I initially thought the jobs advertised would be for admin roles but was pleasantly surprised to see lots of creative Kickstarter jobs to apply for.  Manto Films really caught my eye. Having checked out their website,  I was really impressed by their work, their craft and their creativity. They ticked all the right boxes.   I sent in my video application and here I am, having landed my dream job! They also pay a living wage and not minimum wage, bonus! The Kickstarter scheme has given people like me the chance to get ahead in their careers and get into the working world.

The Kickstarter scheme brings benefits to businesses too as they get to bring young people (16-25-year-olds) who are keen and full of fresh ideas, which really enhances diversity.

Which aspect of the job are you excited about?
Personally, I really enjoy the production side; being on a set and seeing it come alive.  From the joy of capturing a moment to the fun of collaborating with the cast and crew- I’m really just taking it all in! I’m also happy to get back into the office and spend time with the team in person.

What has surprised you about the job in the first few weeks?
Really the whole process from receiving a brief, to producing, and then finalising the video. Even a two-minute video can be really exciting. It’s been a great experience writing scripts and working with clients on their briefs to give their audience more value.

What are some highlights of the job so far?
On my first day, I worked on a shoot for Harringtons Pet Food. Who wouldn’t love being bombarded by dogs on their first day at work?!

What is the best thing you’ve learned so far?
The extensiveness of what goes into a project and the attention to detail.  I’ve learnt a lot about video workflows on projects too. I also have my own habits for editing and perhaps some of them aren’t the best, so learning from the team and how they do things has been insightful.

What do you enjoy doing when you’re not working?
Like most, I’m a big foodie! I’m a vegan so I’m enjoying plant-based cooking and spend a lot of my weekends in the kitchen. I’m also taking part in the 30-day Yoga Challenge.

Give us a fun fact that not many people know?
I’ve been to Fiji: the furthest place to go from the UK! I volunteered in a school and lived with a rural Fijian family for four weeks.

Where’s your favourite place in the world?
Iceland. I’ve been there twice and I could see myself living there – everything appeals to me like the beach, the values and the culture. I’m a huge environmentalist. Iceland’s how a place should look. The people are so friendly.

What are your words to live by?
“Everything happens for a reason”. It always gets me out of a hole and into a much better place. Try it!

And, the one thing you can’t live without?
My notebook. I’m very traditional and write things down on paper.

Who are your video idols?
Greta Gerwig, a female director, who directed Ladybird and Little Women – two of my fave contemporary modern-day cinema films. Then there’s also Alice Aedy, she’s the epitome of what I want to be when I am older; an environmental documentary maker who stands for climate and social justice (my purpose in life!).

Your fave film picks?
This is so hard. Goodfellas was the first film that I watched that really got me into cinema. Then there’s Little Miss Sunshine. I recently watched a common age Norweigan film called The Worst Person in the World, it was beautiful!