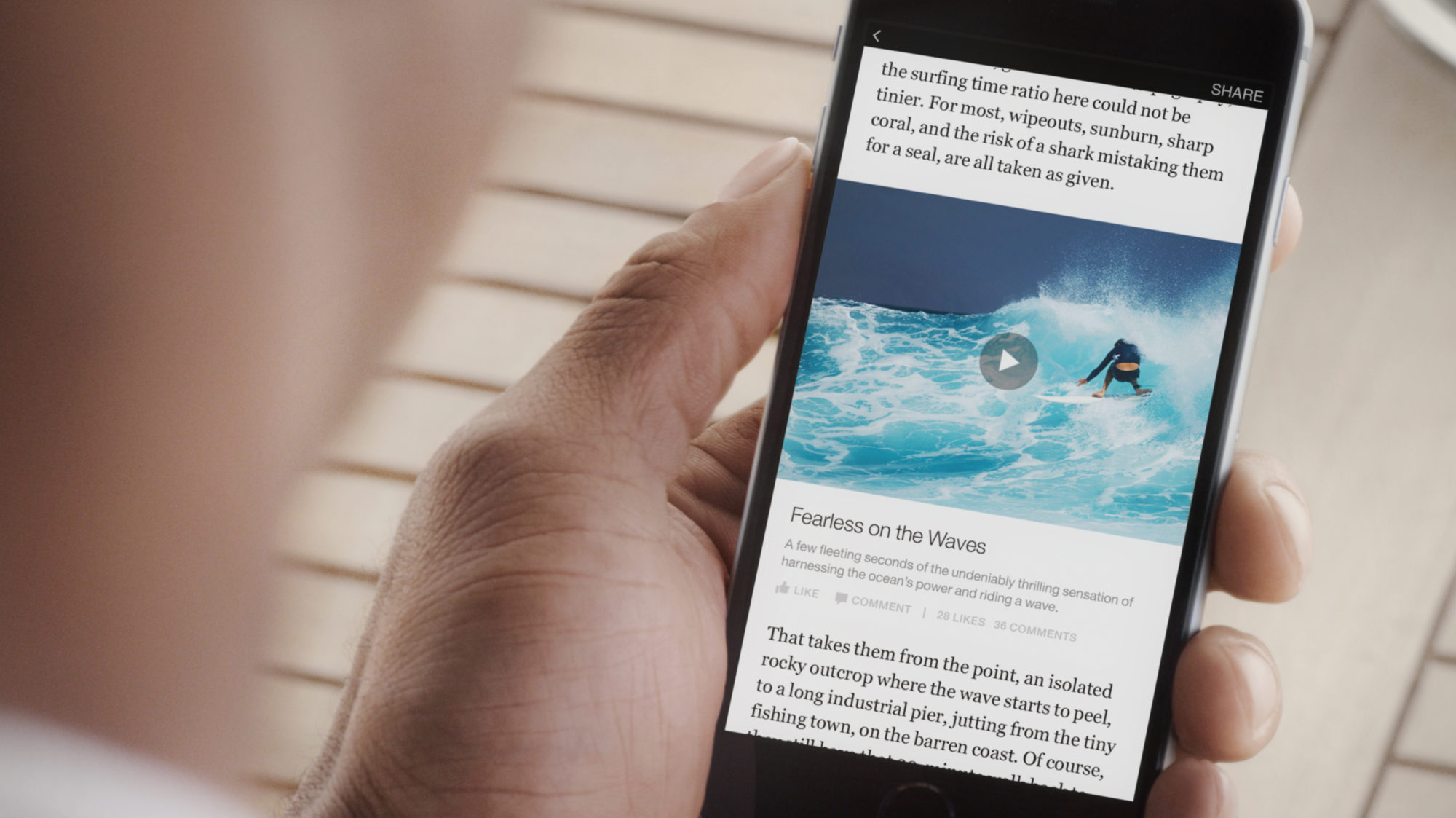 The battle between Facebook and YouTube to be people’s go to video platform rages on. YouTube is still seen as most people’s first port of call for video (steer clear of the comments section though, it’s infested with trolls), however when it comes to video advertising the pull of Facebook’s almost creepily well targeted ads is proving hard to resist. Increasingly clients come to us with plans for Facebook video ad campaigns, and we’ve seen some huge success on this platform, racking up combined views in the millions for clients including Asda Money, Arriva Buses, Yorkshire Tea and Bettys (our current record is 6.3 million for one video – not too shabby).

So if you’re thinking of getting involved, here are our 5 tips from the top (that’s us… we’re the top) to help make your video ad really work for you on Facebook.

Get them early or lose them quick
Some people will tell you that you have 3 seconds to grab people’s attention before they carry on scrolling, some will say 5. Whichever is right, the point is the same; you need a high impact, eye-catching opening to get people’s attention and make them stick around. Remember, people aren’t there to watch your video, they’re there to catch up with friends and be entertained – so entertain them.

Make it work without sound
Because of the way that videos autoplay in your Facebook feed, stats suggest that around 85% of all video views on FB are without sound. You’ll probably have noticed the number of videos that use subtitles or captions; that’s why. So from the outset you need to make your idea work whether the viewer has audio switched on or not. But don’t go getting carried away with loads of text. People are lazy, they won’t read it. Make your visuals really strong and use text sparingly.

Tell don’t sell
If you ask people if they like being sold to, almost everyone will say no. But do we watch things and then go and buy them? Yes, of course we do. Tell stories, make it interesting, entertain them, then once you’ve got them interested tell them what it is that you’re promoting, that way you’ve built a bridge, and they’ll be open to hearing what you have to say. Hit them with the hard sell and you’ll lose them faster than…you know… a really fast thing,

Let the video do the talking
I don’t claim to be an expert on Facebook’s algorithms, but the simple thing I do know is that FB doesn’t like your video posts to have lots of text. If you’re posting a video with more than a couple of sentences in the description they’re going to penalise you. So let the video do the talking. Get your resident wordsmith to whip up a couple of snappy lines to hook people in and then let the visuals do the heavy lifting.

Sharing is caring
You can put as much money as you like into promoting a Facebook advert, but nothing will get you an audience like people sharing it. So what makes people share? What makes a viral video? There is no silver bullet, but the best thing you can do is spend some time looking at what your friends share and see what the common denominators are. Funny? Touching? Genuinely interesting? Trending? Cool? Beautiful? Different? Take your pick! But keep it in mind.